Arguably one of the highlights of the campus year is the ski relay at our home, the Chemical-Biological Centre (KBC). For this event, often referred to by its Swedish name KBC-stafetten, we this year assembled a tri-departmental team of skiers. We already knew each other from collaborating on flaviviruses, so that may have been a reason why the skiing went so well (hmm?). Erin from our group took part in not one, but TWO teams from our EM facility UCEM, so she was excused from joining team “Go viral!”.

And indeed it went well: we finished second! The prize was quite special: jars of honey from beehives hosted on campus. Each beehive is named after one Nobel laureate. The enigmatic rock is s special prize awarded to our team member Ulf for being the first skier up the first hill. 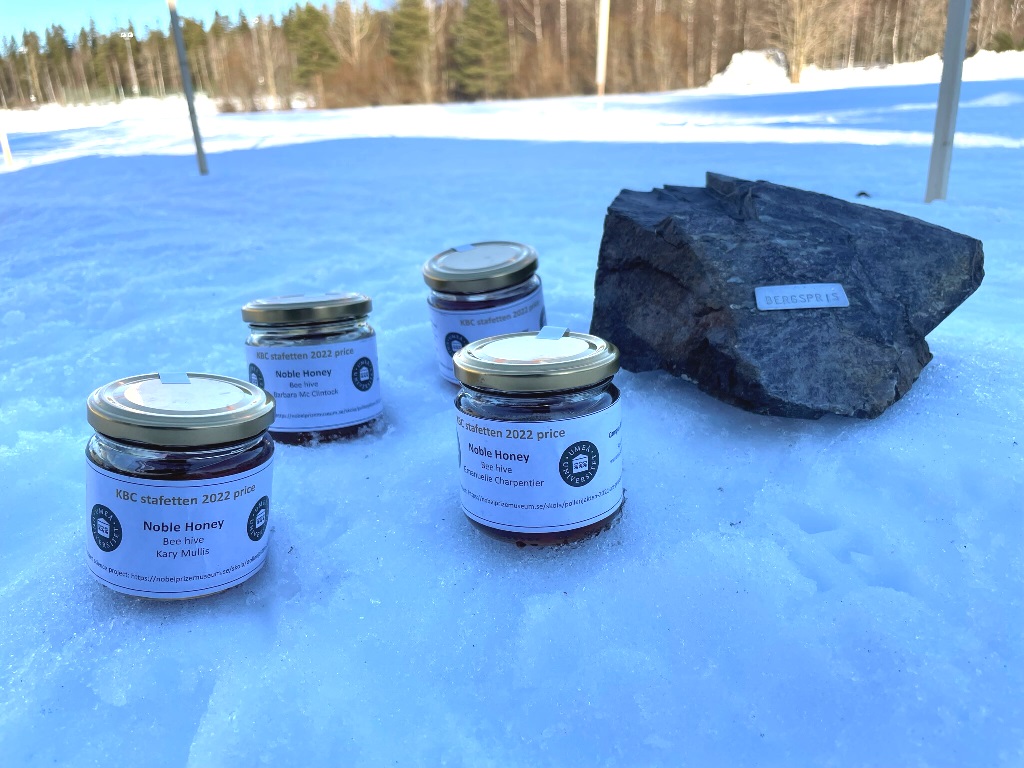